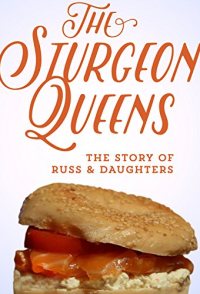 Four generations of a Jewish immigrant family create Russ and Daughters, a Lower East Side lox and herring emporium that survives and thrives. Produced to coincide with the 100th anniversary of the store, this documentary features an extensive interview with two of the original daughters for whom the store was named, now 100 and 92 years old, and interviews with prominent enthusiasts of the store including Supreme Court Justice Ruth Bader Ginsburg, actress Maggie Gyllenhaal, chef Mario Batali, New Yorker writer Calvin Trillin, and 60 Minutes correspondent Morley Safer. Rather than a conventional narrator, the filmmakers bring together six colorful longtime fans of the store, in their 80s and 90s, who sit around a table of fish reading the script in the style of a passover Seder.