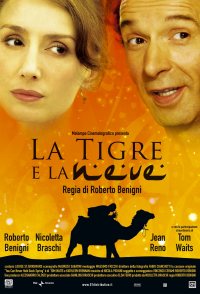 Love and injury in time of war. Attilio de Giovanni teaches poetry in Italy. He has a romantic soul, and women love him. But he is in love with Vittoria, and the love is unrequited. Every night he dreams of marrying her, in his boxer shorts and t-shirt, as Tom Waits sings. Vittoria travels to Iraq with her friend, Fuad, a poet; they are there with the second Gulf War breaks out. Vittoria is injured. Attilio must get to her side, and then, as war rages around him, he must find her the medical care she needs. In war, does love conquer all?