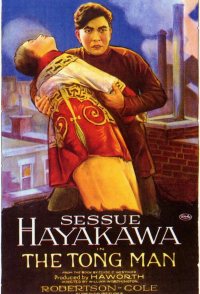 In San Francisco's Chinatown, the Bo Sing Tong are a secret society, shaking down merchants, running opium, committing murder. Ming Tai is their boss and a dirty old man; Luk Chan is their enforcer, in love with Sen Chee, the daughter of Louis Toy, a merchant whose bazaar is a front for the opium trade. The Bo Sing want money from Toy; he refuses to pay. They send Luk to kill him. Meanwhile, Ming has designs on Sen Chee and tries to make a deal with Toy: Toy's life in exchange for Sen Chee's hand. Watching Luk's back is Lucero, a sweet but murderous sailor. Are Luk's dreams of saving money, marrying Sen Chee, and returning to China pipe dreams? Forget it Jake, it's Chinatown.