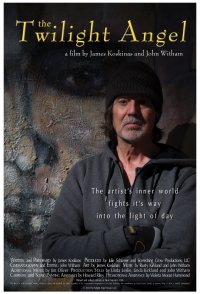 A talented, successful artist is painting a powerful series of twelve angels for an exhibit that will be a culmination of his life's work. Attempting to paint the last painting he finds that he cannot and goes into depression and a deepening creative void. In this crisis he becomes locked in a confrontation with the last canvas, his 'twilight angel.' However, his paintings and the painting process provide a path out of the darkness . The paintings become proxies for characters and events in his life, forcing him to search for missing parts of himself, lost in war and family conflict.