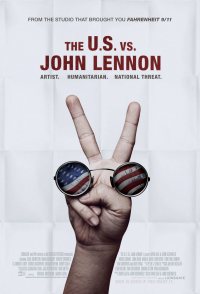 After background about the childhood and youth of John Lennon (1940-1980) and the birth of Vietnam-War protests, the film plunges into Lennon's quest for world peace: compositions such as "Give Peace a Chance", the lie-in following his marriage to Yoko Ono, appearances at concerts, "War Is Over" posters, and plans for a series of concerts in 1972 in U.S. presidential primary states reach newly-enfranchised young voters. This plan for concerts, in particular, led a prominent Senator, the FBI's J. Edgar Hoover, and Nixon's White House to initiate a concerted and illegal effort to deport Lennon. Thirty talking heads, led by Yoko, comment on Lennon and these events.