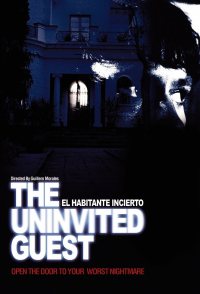 Recently separated from his wife Vera, Félix a young architect, embittered, he finds it difficult to trust again, and being fragile and emotionally unstable, he lives secluded in his now deafeningly silent and vacant house. Unexpectedly, in the middle of the night, a stranger knocks on Félix's door desperately in need of a phone call, and without giving it much thought, hesitantly, he lets him in, however, after a while, when the man is nowhere to be found, paranoia will strike. Has he left or is he still somewhere inside the house hiding? In the following days, as unexplained sounds and strange noises banish the mansion's silence amplifying the tension and the uneasiness, Félix will question his very reason as he will gradually begin hearing and seeing things in the dimly lit corridors. Is the intruder indeed real, or is he a manifestation inside the obscure maze of Félix's mind?