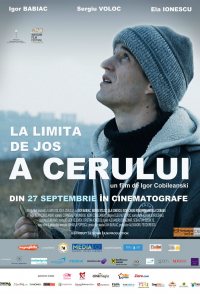 The Unsaved is a drama about about a Sancho Panza and not a Don Quijote. It's about the every day's non-hero facing circumstances and not adventures, it's about Viorel, a 25-year-old fledgling drug dealer, from a backwater little town in the contemporary Republic of Moldova. He lives at home with his mother, his ears get red when he's nervous and he lets his days pass in the usual "laissez-faire" Moldavian style. He gets involved through his best friend, Goose, in small-time drug dealing, while helping him to fly a hang glider that never seems to work properly; and he falls in love with Maria, the girl who happens to cut his hair. This easy-going existentialism precipitates several possibilities, which find our hero trapped in his own indecisiveness, so finally he reckons the moment has come for him to start growing up and act like an adult. The first thing he does is get a job peeling potatoes in the police canteen in order to make his mother proud. The second thing is to quit the ...