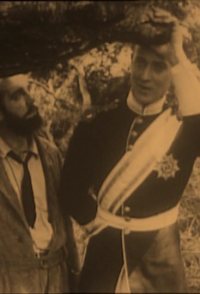 Prince Tonio of Bothalia, a mythical kingdom in the Balkan Mountains, escapes an arranged marriage to Princess Athalia, the elderly daughter of a neighboring king. Filled with wanderlust, he becomes a sailor and goes to San Francisco where he becomes a member of a Bohemian artist colony. After Burton Randall, an artist friend, gets him a job as a Maitre D'Armes fencing instructor, Tonio meets a young singer from the Barbary Coast named Fluffy, falls in love with her, and rescues her from political boss Murphy who tries to seduce her. Later, an ambassador from Bothalia, Count Metropolski; arrives to tell Prince Tonio that his uncle has been assassinated and that he is now the sole heir to the throne. Tonio must decide between duty and love, and he chooses love, renouncing the throne.

Fantômas: In the Shadow of the Guillotine
Total votes: 1,925
Average rating: 7.0