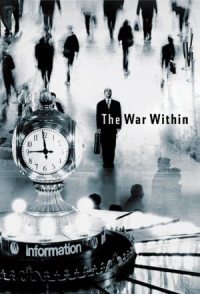 Sayeed Choudhury was born Pakistan but has immigrated to the U.S.A., where he now lives in New York with his wife, Farida; a school-going daughter, Rasheeda; a school-going son, Ali; and unmarried sister, Duri. One morning Farida hears a knock on the door, Ali opens it and there is Sayeed's childhood friend, Hassan, who is welcomed with open arms by the family. Hassan informs them that he is going to be hired soon in the States and he is invited to spend a few days with the Choudhury family. Duri, who has a Caucasian boyfriend, Mike, is also thrilled to meet Hassan and openly shows her attraction to him. Ali also takes an instant liking to Hassan, and is taught the true values of Islam, and when one Muslim hurts, then the pain is felt by Muslims worldwide. Sayeed is quite content with the American way of life and feels secure and comfortable especially when he sees Germans, Jews, Muslims, Catholics, and non-believers living in harmony and doing business with each other. Sayeed will ...