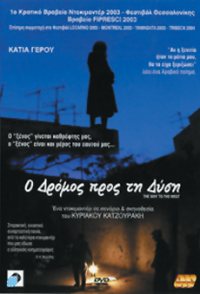 The film is a combination of documentary and fiction. A woman from the former Soviet Union, Irina, comes to Greece in search of a better life and falls victim to the sex slave trade (trafficking). She wanders around Athens in search of a friend of hers who has disappeared. Her story unfolds through a series of personal confessions. During these moments of reality, Irina is in some way present as a sort of "suffering angel" who comments on the aftermath, indirectly linking the present to the past, the real to the imaginary. The presence of painting in the film emphasizes or illustrates the dreams and nightmares that this intense slice of present-day reality provokes. In other words, the uprooting of millions of people from their homes--history that repeats itself.