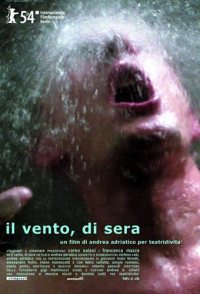 Nightfall. Marco, a politician, is murdered while he is going home. Also Luca, a gay man, is going home, where his partner Paolo is waiting. But he is on the killer's way, and he is shot. Paolo dashes to the hospital but the doctor doesn't want to tell him anything because Paolo isn't a "real" relative. Luca dies. Paolo starts walking in the streets of the town, where his loneliness will be ever misunderstood. A barman tries to comfort him supposing he was discharged by his girlfriend. Luca's mother orders Paolo to leave the house. A guy takes Paolo to him's, looking for a partner in the night. Paolo runs away from everybody, also from his friend Francesca: she says she is understanding but she can't. While the dawn is coming, Paolo reads about the murders on the newspapers, and realizes that what happened was reality.