The Work and the Glory II: American Zion ratings (Movie, 2005) 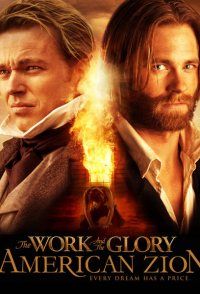 In November of 1833, the state of Missouri turned a blind eye as hundreds of its peaceful inhabitants were hunted down and driven from their homes in the dead of night. Against this impending strife, a young man with a divine vision leads a people against the aggression of an anti-hero with a vulnerable past. With more than two million copies sold, the second volume of Gerald N. Lund's epic series The Work and the Glory now brings a pivotal moment in American history to the big screen. "The Work and The Glory: American Zion" sets the story of the fictional Steed family against the historically factual backdrop of the Mormon people's move into the West. Divided by their diverse reactions to a nascent ideology, the Steeds struggle to hold together as the strength of their convictions and their filial bonds are tested. The stirring narrative of the faith that led a persecuted people to Missouri and beyond is one of the most poignant untold tales of American history. It is the account of ...