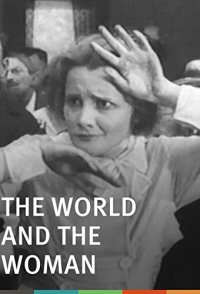 THE WORLD AND THE WOMAN is historically important as the screen debut of legendary actress Jeanne Eagels. The role of a prostitute turned faith healer is suitably challenging for the star. Edwin Thanhouser began phasing down production at the studio in early 1917, so this is a very late Thanhouser film. THE WORLD AND THE WOMAN demonstrates many important advances of the previous few years such as feature length, editing techniques (for instance, watch here for camera-position changes in the middle of action), and more complex, expressive, and thoughtful story development. Part of the story is based on one of Eagels' stage successes, THE OUTCAST. Locations, a strength of Thanhouser pictures, included Manhattan and the Adirondack mountains in addition to studio interiors. THE WORLD AND THE WOMAN was released as a "Pathé Gold Rooster Play," in accordance with Thanhouser's releasing contract with the Pathé Exchange.

Fantômas: In the Shadow of the Guillotine
Total votes: 1,923
Average rating: 7.0