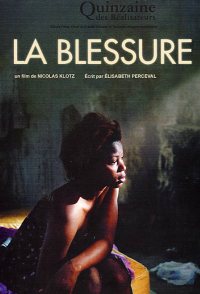 Blandine arrives at the Charles de Gaulle Airport, seeking a reunion with her husband Papi in Paris. Despite articulate claims for asylum, she is held in a cramped cell along with a number of fellow Africans, humiliated, mistreated and told that they can expect immediate deportation. Papi enquires of her whereabouts at Arrivals, and is met with disinterested, misleading responses. When Blandine is hurt in a skirmish on the runway as the authorities try and force her out of the country, circumstances and a sympathetic employee of the Ministry of Foreign Affairs save her from expulsion. She is finally reunited with Papi in a communal squat, its inhabitants sharing harrowing stories of their time in France. With work, money and food scarce, and her confidence shaken by her less than warm welcome to the country, Blandine cannot find the enthusiasm to leave her damp mattress. Nicolas Klotz's poetic, poignant and compassionate film was made after three years of conscientious research by ...