There Are Monsters ratings (Movie, 2013) 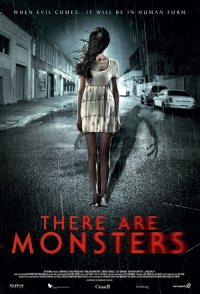 There Are Monsters is a feature length horror based upon the apocalyptic premise that the world is being taken over -slowly, quietly and efficiently- by creatures that look exactly like us. The story follows a graduate-student film crew who, on a work-related road trip, discover evidence of these doppelgangers. Soon the crew realizes something is very wrong as the world changes before their eyes, and their cameras. Shot in a documentary style, the film is a tense, realistic journey into a terrifying urban landscape.