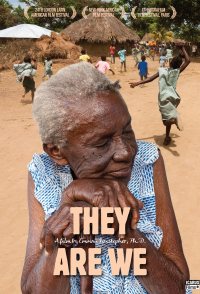 Can a family separated by the transatlantic slave trade sing and dance its way back together? In Perico, Cuba is an Afro-Cuban group that has kept alive songs and dances brought aboard a slave ship by their ancestor, known only as Josefa. They preserved them proudly despite slavery, poverty and repression. Through years of searching, filmmaker Emma Christopher tried to find their origins. Then, in a remote village in Sierra Leone, people watched a recording of the Cubans' songs and dances, joyously declared 'They are We!' and joined in with the songs. They had never forgotten their lost family, and now their descendants were coming home. So began preparations for the biggest festival in the village's history, a welcoming home for their cousins.