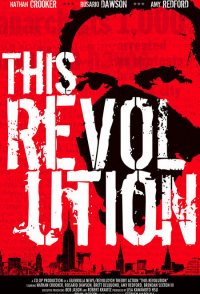 Jake Cassevetes is a world renowned shooter just back from being embedded during the U.S. invasion of Iraq. As a well-paid stringer for the networks, Jake does not buy into the currently vogue, left-wing conspiracy theory of a corporate-controlled press. But, after discovering much of his best footage in Iraq was censored by the network, Jake is growing disillusioned with his corporate masters. When he gets an assignment to shoot on the streets of the Republican National Convention protests, he meets Seven, one of the young leaders of the masked anarchist Black Bloc. Jake quickly wins the trust of the group and is allowed to shadow them as they move through the demo. Later that night, after shooting Seven with her mask down describing the Bloc's militant objectives, the videotape is mistakenly returned to the network with the rest of his footage. When he goes to retrieve the tape, he is told the network made a deal with Homeland Security to review all footage to look for potential ...