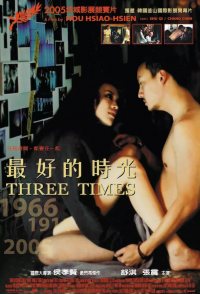 (1) "A Time for Love": In 1966, in Kaohsiung, Chen meets May playing pool in a bar when he is joining the army. He sends letters to her and he comes to the bar to meet her again in his leave. However, May had traveled to another place and Chen seeks her out. (2) "A Time for Freedom": In 1911, in Dadaochend, the writer Mr. Chang works for Mr. Liang and frequently travels to a brothel, where he meets the singer. He financially helps the courtesan Ah Mei to become a concubine. When the singer asks him if he would help her to leave the brothel, there is no answer. (3) "A Time for Youth": In 2005, in Taipei, the messy relationship of the photographer Zhen, his girlfriend Jing and a bisexual singer.