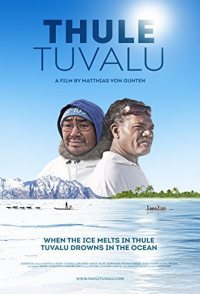 Mankind is paying a high price for its development in the last one hundred years: the climate is thrown out of balance and will change the face of our planet dramatically. The first people affected live far away from the originators of these changes. 'ThuleTuvalu' shows how their lives are influenced: in Thule, the northernmost city in Greenland, where the ice is melting, and in the remote pacific insular state of Tuvalu, which is slowly drowning in the rising sea.