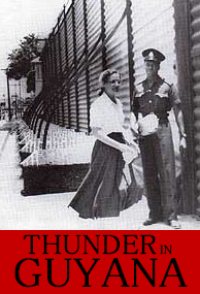 Thunder in Guyana is a documentary film about my cousin, Janet Rosenberg Jagan, who was elected President of Guyana, South America on December 15th, 1997. She is the first American-born woman to lead a nation. In Guyana, she is considered the mother of the nation. My film tells the story of this extraordinary woman and her adopted homeland by interweaving the threads of my family's history, Janet's incredible life story and the complex history of the little understood country of Guyana. This is accomplished through my unique perspective as an historian and as a relative.