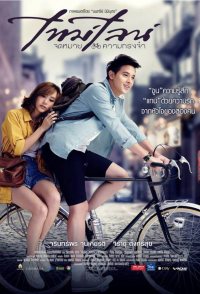 Mat a mother forced to raise her son Tan on her own after being widowed early in her marriage. In this Mat gets help from Watt, who falls in love with her for long time. Tan is expected to be like his dad but instead wants to escape what he regards as the narrow confines of his mother's world. His dreams look like coming true when he meets June, a free spirit who knows what she wants from life. The young woman quickly makes up for what Tan feels he's missing and in the process helps him reconnect with his mother.