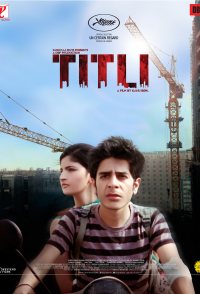 "In the badlands of Delhi's dystopic underbelly, Titli, the youngest member of a violent car-jacking brotherhood plots a desperate bid to escape the 'family' business. His struggle to do, so is countered at each stage by his indignant brothers, who finally try marrying him off to 'settle' him. Titli finds an unlikely ally in his new wife, Neelu, who nurtures her own set of frustrated dreams. They form a strange, mutually exploitative partnership in a desperate bid to escape the stranglehold of their family roots. But is escape the same as freedom?