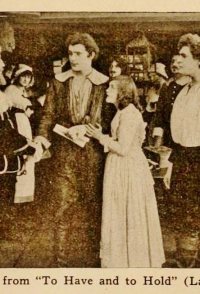 Lady Jocelyn, a favorite in the court of England's King James, escapes a forced marriage to the hated Lord Carnal by fleeing to American colonies. There she meets and marries Captain Ralph Percy. Pursued by Lord Carnal, Lady Jocelyn and her new husband eventually find themselves shipwrecked on a desert island with Lord Carnal. A band of pirates finds them there, and Captain Percy convinces them that he is himself a notorious pirate chief. But Lord Carnal casts them all into danger by revealing Percy's true identity.