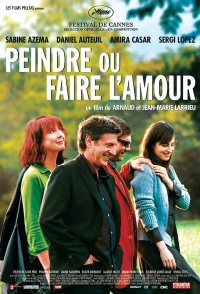 Happily married, faithful to each other, and still very much in love, the middle-aged couple of the early-retired meteorologist, William Lasserre, and his successful businesswoman wife, Madeleine, enjoy a well-ordered life, now that their only daughter has moved to Italy. But, Madeleine is also a skilful painter--and during one of her usual walks in the alpine Vercors region--not only will she stumble upon the town's sophisticated blind mayor, Adam, but also the picturesque rural farmhouse that would become the pair's new dream home. Obviously, things couldn't be better for the Lasserres; however, when calamity strikes Adam and his charming young wife, Eva, it's only natural that the disaster-stricken neighbours would taste a slice of William and Madeleine's warm and lavish hospitality. Just until they get back on their feet..