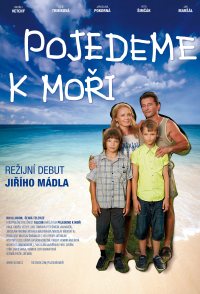 Tomas (12) gets a camera and begins making a film about his family. His enigmatic father (Ondrej Vetchý) works from home. By hiding a camera in his office, Tomas discovers that on Tuesdays and Thursdays his father leaves the house. When confronted with that fact, he denies it. On the pursuit of the great family secret Tomas reveals the hidden side of Haris, his best friend, who starts using a camera as the only way to get his mum and brother away from the hell of his violent father. Courage and profound friendship lead Tomas and Haris to the final revelation and an unpredictable conclusion. The whole film is shot and edited as if by a twelve-year-old boy. This technique allows us to perceive the world through the eyes of a child.