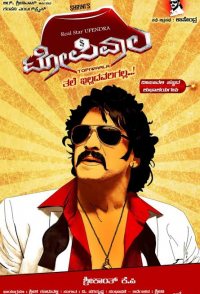 This movie is about a set of honest people like Basak (Upendra) and others who fight against corrupt politicians who have huge amounts of black money. They've their bank account at Swiss Bank. So in order to sue them and make the whole nation know their fraud, Basak and team fight with them. But unfortunately, a layman helps those politicians and the politicians win, taking away the money. Though Basak and team loses, they tell the layman (and the general public) that they're the ones who have the power to change, sue those having black money.