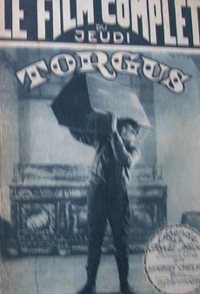 John, a young man raised by his aunt, is in love with Anna, a servant girl who is going to have his baby. He is willing to marry her but his stern aunt wants him to marry a rich girl. To separate the lovers, she arranges for her nephew to be enrolled at a university in a distant town. She then has Anna sent away to live with Torgus the coffinmaker and his mother where she will be secluded until the birth of the child. Torgus, a golemesque sort of fellow, is immediately charmed by the beautiful girl and takes pity on her. Meanwhile, Anna anxiously awaits John's return . . .

Different from the Others
Total votes: 1,111
Average rating: 7.0