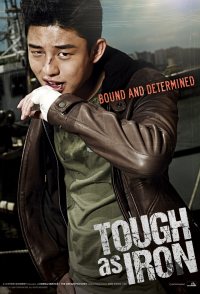 Kang Cheol is a legendary street fighter in Busan, who cleaned up his act to care for his sick mother. Things are going well for him, and he's happy in a budding relationship with Su-ji, vacationing in the seaside town. As their relationship grows, Cheol is dragged into the criminal underworld when he sees Busan gangsters Sang-gon and Hwi-gon re-staging the accidental death of a Yakuza mobster as an accident and an old friend, Jong-su, gives him up to the Busan gang. Knowing he's desperate for money for his mother's operation, Sang-gon proposes that Cheol works for him. Cheol refuses, but when Jong-su gives the deed to Cheol's how to Sang-gon as collateral for a private loan, Cheol is left with no choice, but to bite the bullet.