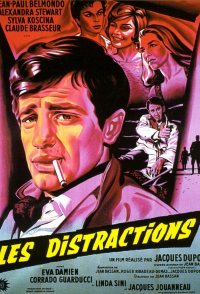 Two French paras who had lived through deadly situations in Algeria, meet again in civil life. Frapier is a newspaper reporter, and one day finds his friend Porte - surrounded by the police after a car theft, and an accidental killing of a police officer. He helps him escape, and provides shelter with the complicity of his girlfriend Vera. Later, Frapier will have doubts about Vera's love, and lives a passionate night with beautiful Arabelle. However, he finds himself playing a game of life and death both with Vera, and Porte. It will end in sadness for one, and death for another.