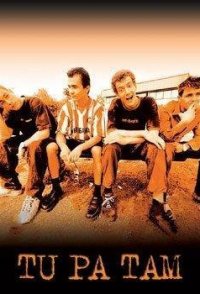 Four "enterprising" young men borrow a larger sum of money from the local mob with the intention of embarking on a modern-day entrepreneurship. Utterly incompetent, they lose the money like a shot, and are thus immediately thrust into the rough, provincial underground of the so-called "Kransterdam". By dealing, gambling, blackmailing and implementing other more or less ingenious ideas, they endeavour to regain the money. But if they do not return their debt with interest within seven days, the future will be all but bright for them... "After many long years of boredom at watching Slovenian films, we decided to write and make a film that would have the audiences laughing and relaxed. That would, for a change, have them entertained by a Slovenian film. We decided to make a film on urban youth in an interesting, genre-employing and most entertaining way. I believe that after "Kekec (old slovenian film)", to exaggerate somewhat, there has not been a true Slovenian youth film for years, ...