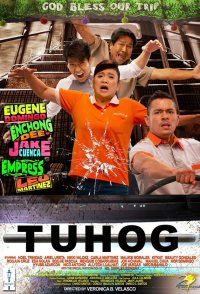 Due to a road rage between two buses, an accident occurs which puts the lives of its passengers in jeopardy. But the ones greatly affected by such event are a middle-aged woman named Fiesta, an old and retired family patriarch Tonio, and a lad named Caloy. These three people are pierced through a single steel bar - a dangerous situation that even their doctors find hard to solve. But even before this unfortunate circumstance, these three have their share of ill-fated lives.