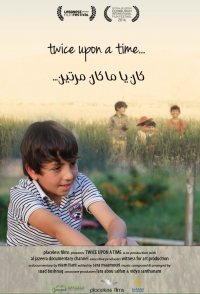 Watching fireworks. Picking cherries. Flying a kite. Behind the splash of headlines about the Syrian conflict are children waking up each day, far from home. What makes up such a life? Niam Itani, a filmmaker and former child refugee herself, attempts to reconstruct, document, and even manufacture the meaning of childhood with 9-year-old Khalil, whose family fled Syria to the same small village where Itani's family once took refuge during the Lebanese Civil War in the 1980s. Looking through the prisms of Khalil's day to day challenges and animated reimaginings of Itani's past, "Twice Upon a Time" carefully pieces out the few memories of a woman with a splintered past and the everyday nuances of a boy caught between countries to understand what has been constructed from what remains.