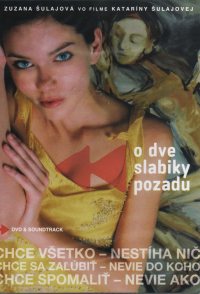 A fresh perspective on contemporary life in Eastern Europe infuses this winning comic drama. Through a mosaic of real and dreamlike situations, we witness art history student Zuza fly off course in her effort to obtain as much from life as she can in the shortest possible time. Like most young people, she wants to study, earn big money, find and enjoy the love of her life, and replace her dysfunctional family with something more stable. Her story unfolds in present day Bratislava and Paris. Zuza, however, is not a typical poor student. Besides studying, she earns her living as a dubbing actress. She s independent, financially secure, and popular, but she lacks the permanent relationships, strong family ties and security that might bring a bit of order into her chaotic existence. It seems that only her eccentric grandmother Erzsebet, for whom Zuza cares dearly, can help Zuza settle down and find her true self.