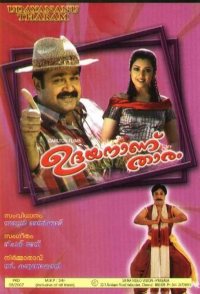 Thanks to a script stolen from assistant director Udayabhanu, Rajappan Thengummoodu becomes superstar Saroj Kumar overnight. Udayan is left heart-broken but fate comes in the form of Babykuttan who wants to produce a movie with Udayan in the director's seat. And when Superstar Saroj Kumar starts working in the film, things looked to be in the right track. But when the project nears completion, Saroj walks out from the project due to an ego clash with Udayan. Now Udayan must shoot the rest of the movie without the knowledge of Saroj leading the movie to an exciting climax.