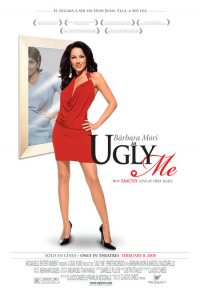 In Santiago, Chile, the efficient architect Amanda finds that her boyfriend Pepe is cheating on her with her friend Fernanda. Amanda threats them both with a shotgun, but is arrested and loses her job. She travels to Valparaiso and decides to disguise as an ugly woman married with children to earn respect by the men. Amanda is hired by Max to work at his company with the chauvinist wolf Marcelo; the dedicated but limited family man Guillermo; and the ambitious just graduated architect Karen. Soon she proves to be very efficient and decides to give a lesson to Marcelo, seducing him posing as the sexy Helena. Meanwhile Marcelo gets closer to Amanda that becomes his best female friend and advisor. When Helena humiliates Marcelo, he changes his behavior and falls in love with Amanda. And she also falls for him, but she is behind the eight ball with the situation she has created. Meanwhile Karen hits on Marcelo that is emotionally vulnerable.