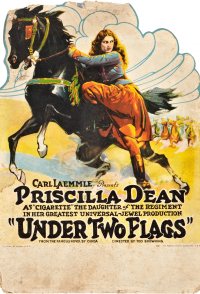 An English nobleman, known only as Victor, arrives in Algiers and joins the French Foreign Legion as a private without revealing his true identity. He attracts and is loved by Cigarette, a French-Arab girl and "daughter of the regiment," but does not return her attentions. She is at first furious, and when she learns Victor's past and the name of his true love she goes to the Princess Corona with the intention of killing her. But Cigarette's hate turns to admiration, and she reveals Victor's identity to the princess. Learning of Sheik Ben Ali Hammed's plots against Victor and Algiers, she gives evidence that clears him of treason, makes a wild ride ahead of the Arabs to warn the troops, and dies in Victor's arms after shielding him from the executioner's bullet.