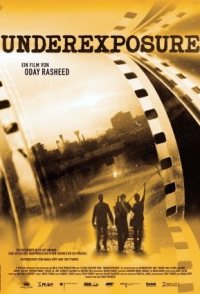 Hassan is a young Iraqi documentary filmmaker in his mid thirties, who attempts to adjust his life in a materially, humanly and ideologically destroyed city. After the American invasion of Iraq he decides to start filming a documentary about Baghdad. From the very beginning he searches for his protagonists in the close neighborhood and among friends. Ma'taz is a musician and Hassan's best friend from their school days. He is now in the final stages of cancer and lives isolated in his house. Ziad is Hassan's cameraman and plays an important part as Hassan's alter ego. Nasser is a young autistic man from the neighborhood who finds a wounded Iraqi soldier but is unable to rescue him. His mother Fudha is in her late forties and spends her time between catching and selling fish at the banks of the Tigris river and the small world of Ma'taz's house. She and her son live in a hut very closely to the river. And then there is Abu Shaker, a Kurd, who has spent 25 years waiting for his sons ...