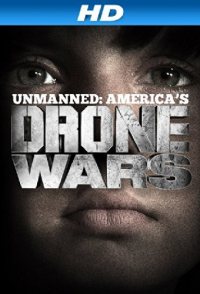 Unmanned: America's Drone War, the eighth full-length feature documentary from director Robert Greenwald and his Brave New Foundation organization, investigates the impact that U.S. drone strikes have across the globe. The film reveals the realities of drone warfare-the violation of international law, the loss of life, the far-reaching implications for the communities that live under drones, and blowback the United States faces. Unmanned details the death of Tariq Aziz, a 16 year-old Pakistani boy, who like most teenagers, loved soccer and his computer. He was killed in a drone strike three days after attending a public meeting in Islamabad calling for the end of drone strikes in Pakistan. Unmanned also investigates the Obama administration's use of signature strikes that targets people based on 'pattern of life' characteristics. One such example took place in 2011 in Datta Khel, a tribal region in northern Pakistan, killing approximately 41 people and injuring scores more. In another...