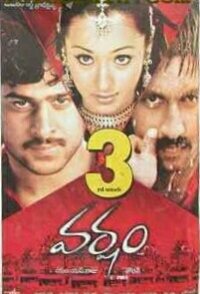 Venkat and Sailaja are youngsters at Warangal who fall in love. Bhadranna is the most dreaded and ruthless landlord in Nizam area. Bhadranna also likes Sailaja and wants to marry her. Ranga Rao, Sailaja's dad, is a typical black sheep having all kinds of bad habits. In the process, he is ready to marry off his daughter to Bhadranna for money. Ranga Rao plants certain ego problems in the minds of Venkat and Sailaja and then paves a way for their love to break up. Later on Bhadranna kidnaps Sailaja. The rest of the story is all about how Venkat brings back Sailaja from the bastion of Bhadranna and how he clears off the misunderstanding with Sailaja in the process.