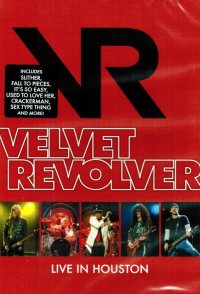 The full length live tracks are inter cut with snippets of interview with the various band members talking about how Velvet Revolver came into being. The set list naturally focuses on that debut release but is complimented by two tracks from the Guns n Roses catalog and two tracks from Stone Temple Pilots debut album highlighting the history of the band members. Velvet Revolver are an outstanding live band and are on great form in front of a typically enthusiastic Texan crowd.