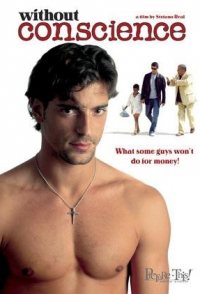 In southern Italy, Rollo, a nearly mute, large, muscular young man, is part of a crime gang. He wants to go on "an escort," to smuggle a ten-year-old Moroccan boy into Switzerland where adoptive parents supposedly await him. The third person on this road trip is Mauro, a middle-aged nurse brought into the deal by his boss, a hospital physician, to make a quick buck. They head for Cannobio on what should be a one-day trip, but complications soon arise. Car trouble, a Bulgarian prostitute and her daughter, the boy's constant desire to play soccer, and Rollo's flashbacks to a troubled and violent childhood combine to challenge them in a world without conscience.