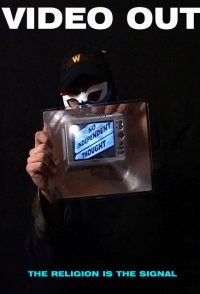 We were so high on this stuff. It was like 'Video! Video! I'm in love.'' From the psychedlic light shows of the 1960's to the heady, early days of experimental video art and New York's nascent Soho Scene to today's techno underground, 'Video Out' explores the world of live video. Underground artists and entertainers from today's club and rave scene talk about their creative roots, their tribulations and their dreams. Hear tales of the 'Homeboy Shopping Network' and flamethrowers in illegal clubs. Follow talented young pixel pushers who dream of moving up to the world of fine art and big money. Their work plays throughout as avant-garde video artists and clubland VJ's tell the story of live video art over the last thirty years.