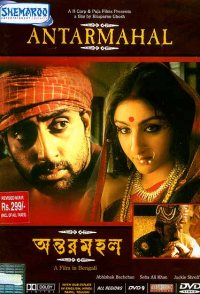 In late 19th Century, Bengal Bhubaneswar Chowdhury (Jackie Shroff) is a wealthy and tyrannical Zamidar (Squire). He has two main obsessions: his desperate attempts for an heir, which even his new second wife Jashomati seems unable to deliver; and competing with his regional rivals to produce the most magnificent effigy of a goddess for the annual Durga Puja ceremony. This year he concocts a master plan - why not change the face of the goddess for the most powerful woman on Earth - Queen Victoria. Meantime his two wives Mahomaya and Jashomati try to look out for one another especially as Bhubeneshwar begins to sexually assault his younger wife each night. Traumatised and lonely, Jashomati is dangerously drawn towards the youthful sculptor who has been employed to create the great effigy of Durga, Goddess of destruction.