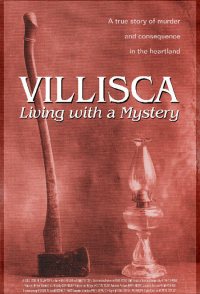 When an entire family is wiped out by an axe murderer on a June evening in 1912, a small Iowa town spirals into chaos and division. "Villisca" tells the epic true story of the Villisca, Iowa Children's Day murders. Following just two months after the sinking of the Titanic, the still-unsolved crime built and ruined political careers, created a lasting community split over the guilt or innocence of a local man--a state Senator--and produced dozens of litigations including three of America's most sensational trials.