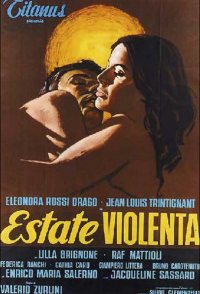 Summer, 1943: wealthy youth in the Riccione district of Rimini play while the war gets closer. Carlo Caremoli, a young man who follows the crowd, has found ways to avoid military service. Then, on the beach, he meets Roberta, a war widow with a child. Roberta's mother warns Roberta to avoid Carlo, but to her, he seems attentive and to her daughter he is kind. Romance develops. Within a few weeks, Roberta is risking everything. Can there be a resolution between passion, on the one hand, and war, duty, and social expectation on the other?