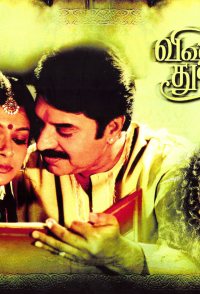 The film, set in the 1940s and moving to the 1960s, revolves around the emotional story of Thulasi (Nandita Das) returning to her village to become a dance teacher. She cannot bring herself to forget Vishwa (Mammootty), a man she has been in love with for two decades. Memories of Vishwa haunt her constantly, and upon a chance meeting with him, she discovers he too is struggling with his love for her. Both are haunted by the memory of Thulasi's cousin, a figure who is unable to control his obsession for his cousin and hide his resentment at Thulasi's feelings for Vishwa. Thulasi (Nandita) comes to Sundarapuri after her guardians - her grandma and uncle - pass away, to work as teacher in a dance school. It is in Sundarapuri that Vishwa (Mammootty) the zamindar whom she had met 20 years ago, lives. They meet again and the feelings that had blossomed in their hearts as teenagers, are revived. Vishwa is unmarried and Thulasi has gone through an unceremonious ritual in the name of matrimony...