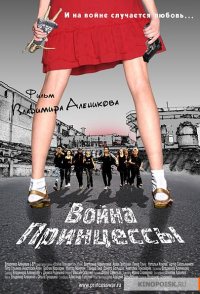 Rosrentgen, a Moscow suburb town, was divided in the '90s between its two ruling adolescent gangs - the local Russians and the refugees from the Southern republics of the former Soviet Union. A Russian girl nicknamed Princess and Karen, a boy from the Caucuses, fall in love. They are forced to fight for their rights and for their feelings for one another in the atmosphere filled with hate, cruelty and most significantly of all, religious and ethnic intolerance.