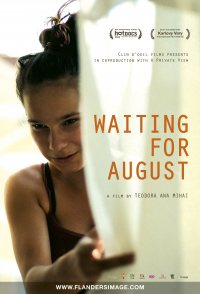 Georgiana is turning fifteen this winter. She lives with her six siblings in a social housing condo on the outskirts of Bacau (Romania). Their mother Liliana, an economic migrant in Torino, will not be back till the summer. During mother's absence, Georgiana is catapulted to the role of new head of the family. Her adolescence is brutally cut short, when she becomes responsible for her brothers and sisters. Caught between puberty and responsibilities, she moves ahead improvising. Phone conversations with her Mom are her only guidelines. Intimate scenes from the daily life of Georgiana and her siblings will show us-uncensored, in fly-on-the-wall style- how real events are experienced and interpreted with great imagination by these children. One is bound to be amazed by their great ingenuity, while also realizing how fragile their daily balance is.