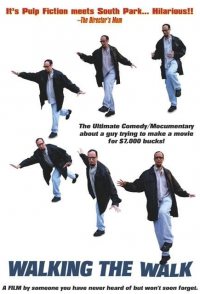 Part Movie, Part Mocumentary, Part Insanity Lacking the face of Brad Pitt or the body or The Rock, casting directors have never beaten down Troy B. Evin's door. With the inspiration of his young son, Danny, Troy tries to make a movie about the difficulties in making a film for $7,000. Along the way, we see a lot: A negligent, but loving father exposing his child to certain things, two transplanted New York Buddy's breaking each other's balls trying to figure it out, a bizarre love triangle, a couple of the lamest star cameos (but don't tell the "stars" I said that) what we don't see is the making of a movie. Rather, the ups and downs of this hilarious eclectic bunch as they try and create their big break.