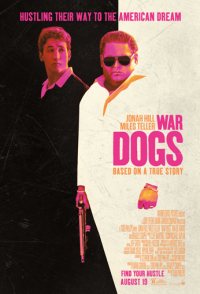 In 2005, David Packouz lives in Miami, Florida, working as a massage therapist and living with his girlfriend Iz. Desiring an additional source of income, David spends his life savings on high-quality Egyptian cotton sheets, planning to sell them to Miami retirement homes, but this venture fails to produce results. At a funeral for a friend, David runs into his high school best friend Efraim Diveroli, who had moved to Los Angeles some years prior to work with his uncle selling guns. Efraim has left his uncle and formed his own company, AEY, which fills orders for arms placed by the US government due to the ongoing war in Iraq. David's life takes another turn when his girlfriend informs him that she is pregnant. Efraim offers him a job at AEY, and even though David and Iz both vehemently oppose the war, David eventually agrees, telling his girlfriend that he has begun selling his cotton sheets to the US government through Efraim's contacts..